Create Your Own Retirement Adventure!

Page 4 (Staying around the house is great!)

Well, you are something, Steve. You could be the poster boy for Retirement! It’s been six months, and you have just been enjoying ‘stuff.' Yes, that National Geographic channel is great, especially the underwater photography. What’s wrong with taking it easy? You worked long and hard for this reward. And it wasn’t easy climbing that ladder to success. Now is the time to reap the rewards.

Your days are full. You make coffee, read the paper, take the dog out for walks, and you even go to the grocery store once a week. Your wife wants you to learn to play bridge but that sounds like homework.

Slowly, you start to realize you are missing some of the people from work. There’s Jerry, your friend in HR. He always had a joke in the morning, and then there’s Suzanne, who really knew how to create those fancy spreadsheets. 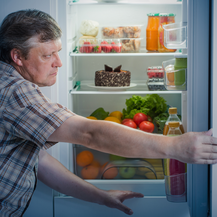 REMINISCING ABOUT THE OLD DAYS IS OKAY
​​
You were actually an awesome boss, Steve. You made the weekly staff meetings interesting, and you always congratulated the effort of people with kind words. In fact, it made you feel good, too.

But when you called the office last week, Jerry told you things were fine. In fact, the new boss was actually a nice guy. He said to stop by some time, but you decided he was probably too busy for a let’s-catch-up lunch.

Yesterday, you felt a little useless. Uh Oh, that voice in your head started chattering again. “What is the point of getting out of bed in the morning, Steve?  The truth is after watching three or four of those ‘good’ Netflix and Amazon shows, they were mostly boring and silly.

You never liked crosswords and Sudoku. Actually, the only person you talked to all last week was the mailman. You are going to the fridge more often than you ever did. What’s the deal with LUNCH being so important? Was that you wandering towards the liquor cabinet midday? Steve, what’s going on?

If you think this is a red flag and are feeling like maybe you should have worked with that Retirement Coach you heard about, turn to Index A and the Curious List.

If you are wondering how you could have been more prepared for what’s happening and maybe working with a Retirement Coach is really a good idea now, turn to Index B and The Retirement Perceptions Quiz.